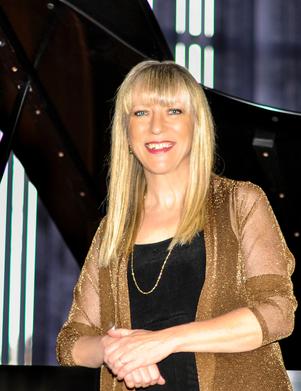 As soloist, Pauline Martin has appeared with the Detroit Symphony Orchestra, the New American Chamber Orchestra, the Florida West Coast Symphony and Orchestra London Canada, among others, with such conductors as Lan Shui, Thomas Wilkins, Leslie Dunner, Yves Abel, Kirk Muspratt, Paul Wolfe, Alexis Hauser, and Laszlo Gati. Her March, 2009 performance of Mozart’s Concerto K. 365 with the Detroit Symphony Civic Orchestra (with Zhihua Tang and conductor Charles Burke) was recorded by Chinese National Television for broadcast to an audience of over a billion viewers.

Pauline has served as a faculty member at Michigan State, Wayne State and Oakland Universities and as Assistant Instructor at Indiana University, completing Bachelor’s and Master’s degrees with Menahem Pressler, and the University of Michigan, where she earned a Doctorate of Musical Arts under the tutelage of Gary Graffman, Theodore Lettvin and former Artist in Residence Andre Watts.  She has performed and lectured to the academic community in Canada and the American Midwest, including the Music Teachers’ Association State Conventions of Michigan and South Dakota, the American Association of University Women and the Michigan Federation of Music Teachers, for which she regularly serves as judge at the local, state and division levels. Her seminars on such topics as Peak Performance and Elements of Style share practical insights drawn from a lifetime of experience in performance and teaching.  She celebrates the achievements of her students as competition winners, recitalists, concerto soloists, festival participants, recording artists and teachers.

Pauline Martin is a Steinway Artist