Pauline Martin's Washington debut captured the Washington Post headline, Pauline Martin's Dazzling Debut, launching an impressive career as recitalist and chamber musician. The Canadian born pianist went on to earn international recognition for her “sensitive grasp of the music, backed by rare intelligence” (Brandon Sun, Canada), with many of her performances recorded for broadcast in Canada, the U.S., Europe and China.

Since her 1985 performance as featured Canadian soloist for the New American Chamber Orchestra’s Tribute to Glenn Gould at Orchestra Hall Detroit and subsequent last minute engagement to perform the Schumann Concerto with the nearby Windsor Symphony Orchestra, she has been presented as soloist with numerous orchestras in Canada and the U.S.

Pauline has recorded for the Naxos, Koch and CRS labels and, as founding member of the St. Clair Trio, was a recipient of the prestigious Chamber Music America/WQXR-FM award, given to outstanding new releases, for “Old Acquaintances” (Koch) and a first-round Grammy nominee for “Hobson’s Choice”(Koch).

A Steinway artist, she has been featured at such festivals as the Sarasota (Florida), Summer Serenades (Maryland), Scandinavian Winter Days (Reykjavik) and Aria International Festivals as well as Michigan’s Ann Arbor, Mackinac Island, Grove and Irving S. Gilmore Festivals.

Pauline Martin has served on the faculties of Wayne State, Oakland and Michigan State Universities. She earned Bachelor’s and Master’s performance degrees from Indiana University, instructed by Menahem Pressler, and a doctorate in performance from the University of Michigan as a student of Theodore Lettvin, Gary Graffman and André Watts. 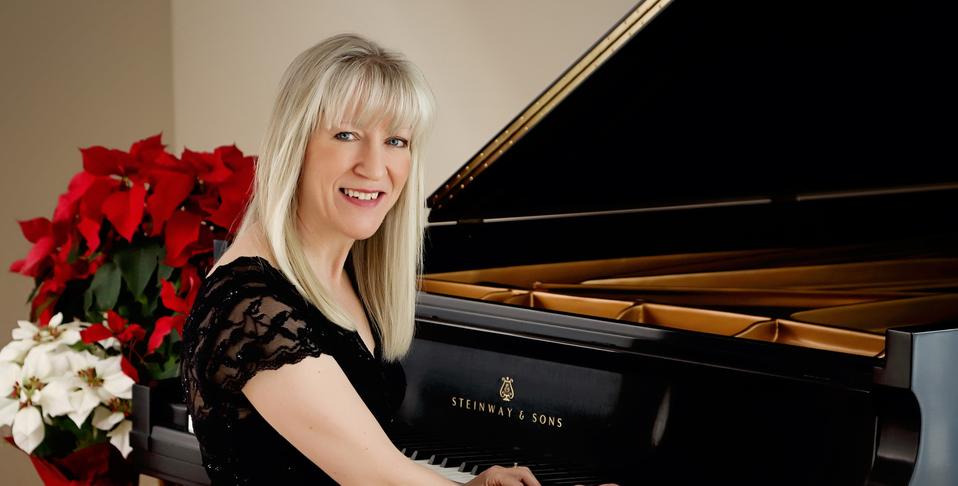